I like walking along the moat that surrounds the Forbidden City because it gives me a feeling that’s hard to find elsewhere in Beijing: peace.

On a clear day the reflections of the trees and towers lining the palace’s outer wall stretch across the moat, their colors preserved in the water. Old men with wooden fishing poles cast their lines a few feet from each other and smoke cigarettes and make small talk as they wait for a bite.

Last Tuesday was one of those clear days. I rode my bike to the Forbidden City and parked near the northeastern corner. I walked to the edge of the moat, where around a dozen people with expensive-looking cameras mounted on tripods were watching the sun set. The sky turned a yellowish orange, and the shadows over the water grew darker until their colors disappeared.

As the sun dipped below the horizon, I got back on my bike and began the 30-minute ride home, peddling through traffic jams and past soulless new shopping malls. They’re byproducts of the new China, where growth is always good and more and more people have enough disposable income to afford cars and imported purses.

That new growth and the need for bigger roads and larger chunks of land are constantly squeezing symbols of old China, like the Forbidden City, and making peace and quiet a little harder to find. 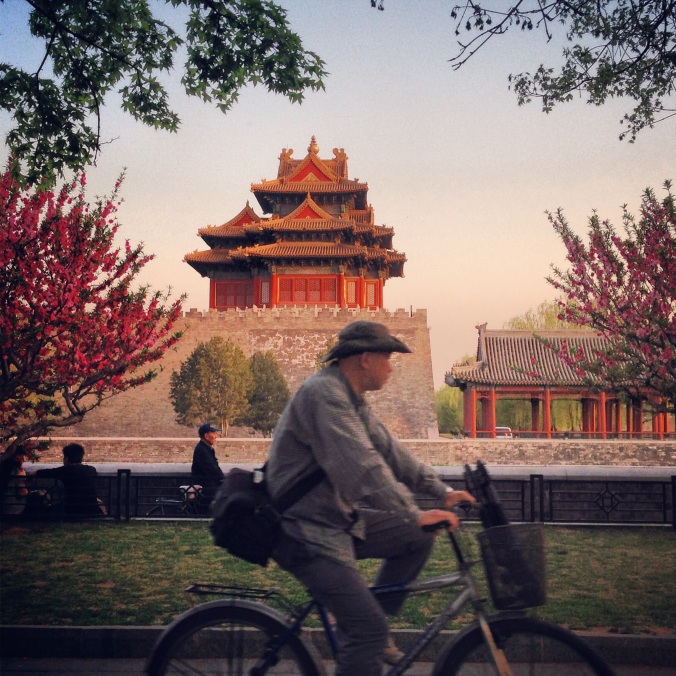 A man on a bike passes one of the Forbidden City’s towers. 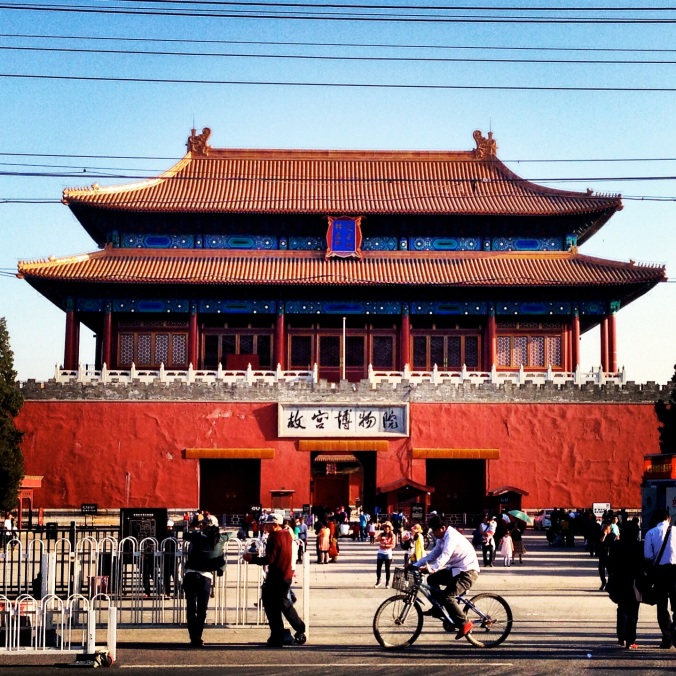 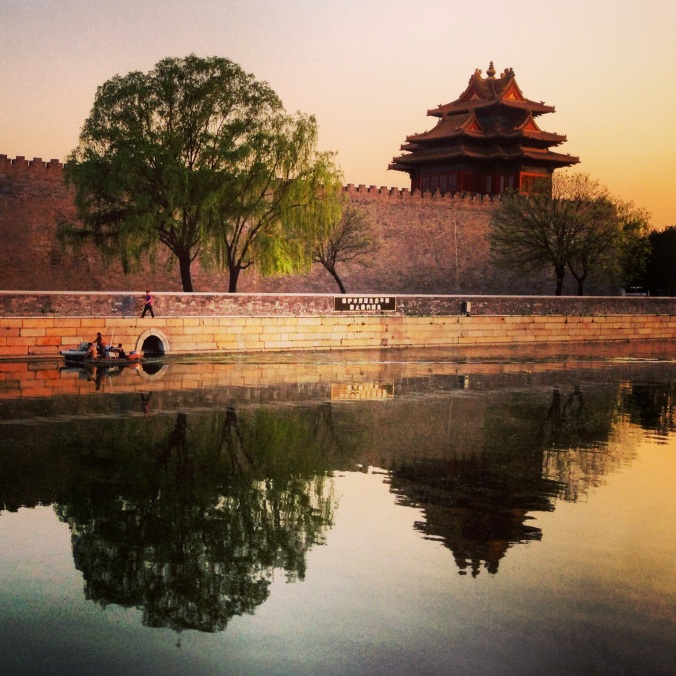 The northwest corner of the palace wall.

The northeast corner of the palace wall.

A panoramic shot of the moat that surrounds the palace.