On a cold January morning in 2013, I woke up to a city drowning in smog. Outside the window of my ninth floor apartment in Beijing, a gray haze had reduced visibility to a few hundred yards. The air, even indoors, smelled of sulphur and tasted metallic.

Air quality readings recorded from a device atop the U.S. embassy were “beyond index,” literally off the charts used to measure the level of particulate matter in the air. 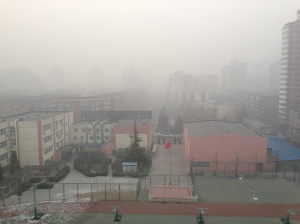 The view from my apartment window on a “crazy bad” air pollution day.

“Pollution is hazardous at these levels,” the embassy said. “Everyone should take steps to reduce their exposure when particle pollution levels are in this range.”

And yet, despite conditions that some jokingly referred to as an “airpocalypse,” life in China’s capital city continued. Workers commuted to their offices, students walked to class and cars filled the streets during rush hour.

At night, the Beijing air pollution, illuminated by street and car lights, resembled a thick fog.

I took to Twitter to complain about the hazardous air, and a short time later a reporter from the South China Morning Post in Hong Kong contacted me. He was working on a story about expats who were thinking about leaving the city because of chronic air pollution.

Are you considering leaving? he asked.

I told him that I had suffered from more respiratory illnesses in three years in Beijing than I had in 30 in the U.S., and while I wasn’t ready to leave, I might consider it if my health problems persisted.

In late April, after nearly five years in Beijing, that day finally came. I left China to take a job with a newspaper in Rapid City, South Dakota, which — in almost every measurable way — was the polar opposite of Beijing. It had endless blue skies, was sparsely populated and largely untouched by human development. 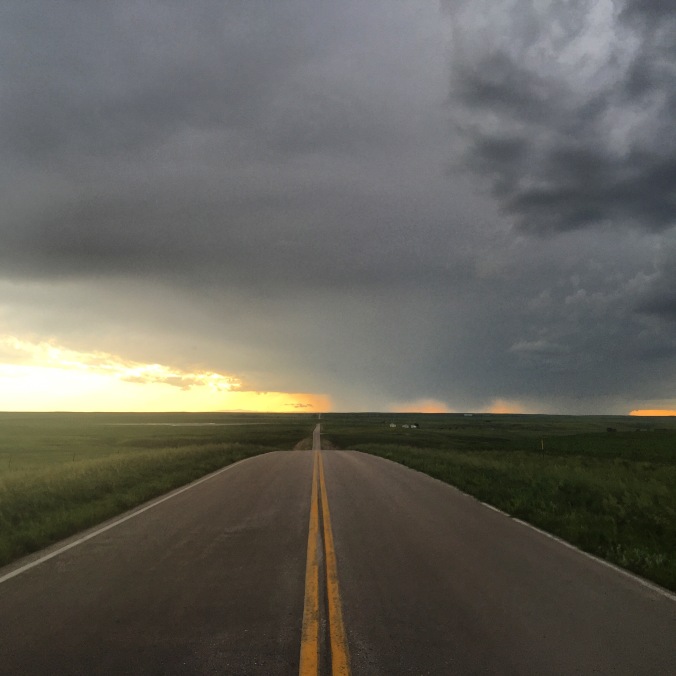 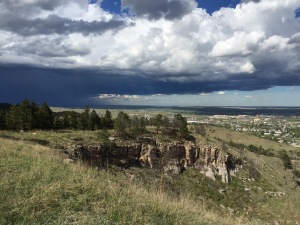 A storm front moves in near Rapid City.

The crisp mountain air in Rapid City, situated 3,250 feet above sea level, and its unfettered views tens of miles out into the great plains are jolting to my senses after years in Beijing. Not a morning goes by that I don’t wake up and appreciate the pristine environment around me.

Yet, there are elements of Beijing and China that I will always miss. The variety of food, from the numbingly hot peppers of Sichuan to the juicy, tender lamb chuanr (barbecue) cooked by migrants from Xinjiang province. The close friends I made from different parts of the world. The way strangers warmed up when they discovered I could speak Chinese.

Living in China also gave me a new perspective on what is truly “historical.” For example, my new home state, South Dakota, became a part of the Union in 1889. At that time in China, the nation’s last dynasty, the Qing, was about to enter its final three decades, after ruling the country since 1644.

China’s power has ebbed and flowed over time, through the rise and fall of dynasties, battles among warring Chinese states, and attacks and occupations by foreign forces. The China of 2015 is a global power, and it can be argued that like the British empire of the 19th century, the sun never sets on its current sphere of economic influence.

Despite that, droves of Chinese with the means to leave their homeland are making investments in other countries, allowing them to establish residency and send their children to foreign universities. Some of these transplants, according to media reports, are motivated by a yearning to live in a cleaner environment.

Comedian Bill Maher, speaking about the state of the global environment during a recent episode of his HBO show “Real Time with Bill Maher,” said: “It blows my mind the human propensity to just adapt. I see people wearing the masks in Beijing and New Delhi.

“Really? You wouldn’t want to take more fundamental steps to cure the problem?”

Since I left China in April, I’ve been keeping up with my friends’ lives in Beijing through WeChat, the country’s most popular mobile-messaging app. Lately, pollution levels have been low, and many of them have been posting pictures of the clear skies.

Reading through their posts, you’d get the impression that a blue sky day was something that called for a celebration. The human propensity to just adapt blows my mind too.