Within a year or two, the loan on my Toyota Camry will finally be paid off, and I’ll own the car. I hope to one day own a home, and — if all goes well — maybe even a boat.

Owning an island? That’s probably not in the cards for me, but businessman Fuji Rodriguez has done just that. Fuji is the owner of Arena Island, a 10-acre plot of land located off the eastern coast of the Philippine province of Palawan.

The island resort features four cottages that are purposely low-tech and not equipped with Wi-Fi or TVs. The point of visiting Arena Island, Fuji said over dinner, is to truly unplug and recharge your body. 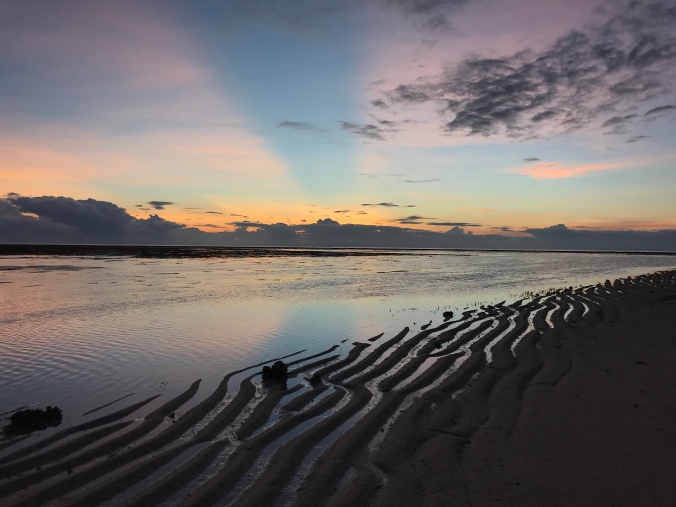 The sun rises over Arena Island.

With only four cottages, the island is perfect for vacationers seeking privacy and exclusivity.

I spent two nights at the private island, and with few distractions it’s easy to get lost in the beauty of this (mostly) untouched tropical landscape.

In addition to renting out the cottages, Fuji is developing the island as a nature preserve. While Arena Island is home to a number of roosters, peacocks and other birds, the highlight are its sea turtles.

To help boost the endangered animal’s numbers, some of the turtles laid and hatched on the island are kept in ponds until they are 4 weeks old. At that point, they are set free.

Since 2003, more than 12,000 hatchlings of the green and hawksbill sea turtle species have been released from Arena Island.

On the last day of my stay, I participated in a mid-morning hatchling release. Our group carefully plucked a few turtles from the pond for 4-week-olds, and walked toward the edge of the sea.

The turtle I picked out easily fit into the palm of my hand and weighed no more than a McDonald’s Egg McMuffin.

Once we got the OK from island staff, we lowered the turtles to the sand and watched nature take its course. The turtles scooted into the water using their tiny flippers and began swimming away from the shore.

This baby sea turtle was around 4 weeks old when it was released into the sea.

Seen here are tracks from a sea turtle that came to shore to lay eggs.

These preservation efforts are necessary because of threats from illegal poaching and destruction of habitats. “The greatest cause of decline in green turtle populations is commercial harvest for eggs and meat,” reads a sign on the island.

Proceeds from cottage rentals are used to fund the sea turtle conservation program, making Arena Island an ideal getaway for those looking to help an endangered species and — at the same time — unplug from the modern world.

The island is home to a number of birds, including this peacock.

Casita Dos, one of the four cottages on Arena Island, at sunset. 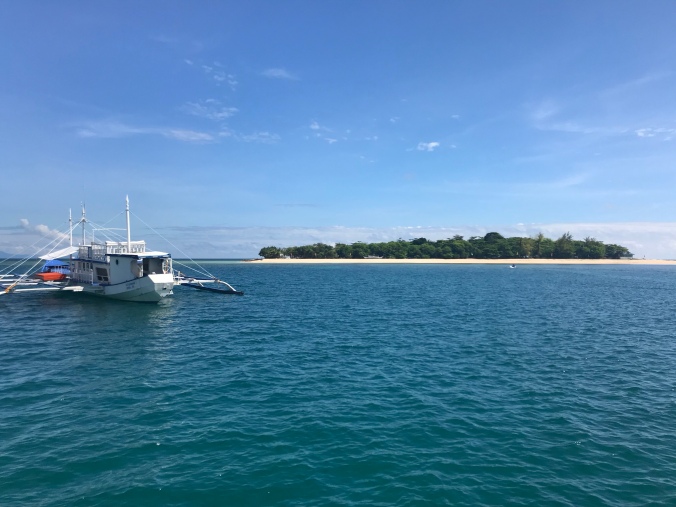 A view of Arena Island from the sea. The resort is located off the eastern coast of the Philippine province of Palawan.